I have had a baby, it is not going well; sadly because she is sleeping through the night at a freakish 5 weeks old, no one takes any of my problems seriously.

The baby is knackered but only naps if I rock her on my lap in a dark, silent room. I take to devouring eBooks on my iPhone, the first one I read is Room.

Room is incredible and, for a book set almost entirely in one room, unexpectedly thrilling. I read it during the hours and hours I am (at least voluntarily) trapped in a dark room with my child, not noticing the irony until it’s over and I start wondering if I could roll myself up in a rug and ask Chris to pop me outside on bin day.

I have been diagnosed with a post-natal hormone disorder and severe anxiety. Much of my hair has fallen out, I have awful skin and I sweat all the time. I am sent to a therapist who makes me download an app called iWorry Lite; I have to upgrade to the paid version after 24 hours because I have too many worries. Chris finds this darkly hilarious. The baby gets her first cold.

I watch a bit of Australia on my phone each night, then fall asleep listening to David Mitchell’s Back Story and Bill Bryson’s The Life & Times of the Thunderbolt Kid on repeat.

I like memoir audiobooks, mainly because you don’t lose the plot when you fall asleep (although I have, arguably, lost the plot). These two are my favourites; I listen to them over and over, Chris eventually buying me fancy low-profile Bluetooth headphones so that the baby doesn’t develop some kind of Pavlovian narcolepsy every time she hears David Mitchell on a panel show.

I am a little better. The baby sits up. I resign from my job and become oddly unmoored. I do an online writing class and read Sarah Crossan’s amazing One, all on my phone. Jim recommends I listen to Hamilton and I buy that too, so the whole month is spent in verse, with weird couplets running around my head.

I manage to make Hamilton’s massive political and ideological themes all about my ridiculous little life; I do need to rise up! I’m not stupid! I do think these pants look hot!

I fail to convince anyone else to get into Hamilton, so I rap Scottishly at the baby. My inner life has become strange but vast as my outer life has shrunk to mashing pears and inspecting poop.

We have moved to the motherland! On our first afternoon in our new town I run into an aunt, and the following day my dad visits and plays blocks with Ada. We put a tent in the garden and she laughs at the wind and pulls up fistfuls of grass. For the first time, I am parenting solo for most of the week; it’s not as bad as I expect. I get some writing work; Chris builds me a desk but I still do most of it one-thumbed on my phone.

I buy the new Star Wars film. I’ve been holding out for a quiet night to watch it on the big screen TV, but I’ve decided to watch it in snatches on my phone as the poorly baby clings to me in her sleep. It’s fine. It’s fun! Life is easier now I’ve accepted that Me Time comes in minutes and seconds rather than days and hours.

Now I’m watching Lady Dynamite, a hilarious Netflix show about Maria Bamford’s descent into and recovery from mental illness. I recognise her flashbacks like they are mine; the raggedy clothes, the exhaustion, the social awkwardness, the confused friends, the keen attempts to use therapy strategy in real life situations, the staring, the blue winter light. You must watch it! Except you, mum, it’s very rude.

I get a lot of flak, usually from older people, for always having my phone in my pocket or on the counter or in the baby’s drooling maw, but it has honestly saved my sanity many times over during this hardest of hard years. Get a good smartphone, pregnant ladies, you won’t regret it.

Our kid doesn’t get to see much TV, but I do often harness its zombifying power at the end of a day if she’s cranky and I need to trim her nails or brush her teeth or polish her horns. I let her watch Something Special, the Makaton show starring Mr Tumble and his assorted relatives. We are now, as a family, obsessed with the Tumbles. Here’s everything I know so far…

Mr Tumble is a grown man with few life skills who lives alone in a stylish Cath Kidstonesque cottage. He has a dangerous number of fireplaces and kitchen appliances for a man who doesn’t know how to operate a bucket. He dresses as a clown but isn’t employed as one; that’s just his look.

Mr Tumble is refreshingly open to playing with all kinds of toys; as well as ‘boy stuff’, he owns a toy tea set, a hot pink tutu and the adorable Polly Dolly. You do you, Mr Tumble.

Lord Tumble is one smooth bastard. When he shows up at Mr Tumble’s place, Mr Tumble has to serve him like a butler. If I had to shack up with a Tumble, I’d choose Lord Tumble.

Chef Tumble used to be northern but is now French. It’s like he was recast, but everyone is played by Justin, so WTF?

Have I missed anyone? I mean, Justin himself – how is he related to the Tumbles? Why does he have to do their bidding? Who is Lord Monkey? More updates as I receive them. 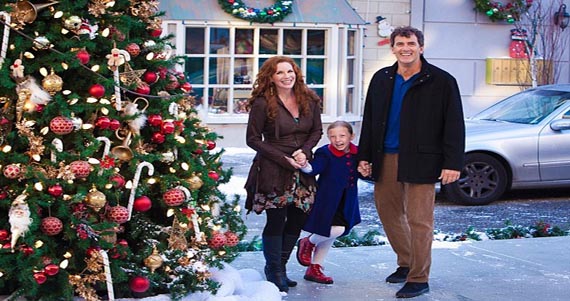 The weather is horrible and I can’t go anywhere because I have to be at home to let my weird kid sleep every 90 minutes. So you know where I get my jollies now? True Christmas, the best channel in the whole world. It runs festive films all day long, and on our massive telly that means cosy fires, candlelight and lovely snowscapes filling my peripheral vision and hypnotising the baby as she sits in her high chair.

Even better, I never have to follow the plot or even turn the volume up, because there are only 5 basic plotlines for low-budget Christmas movies:

Small town smackdown
Big city lady loses job and has to move back to her attractively snowy hometown. Learns the TRUE meaning of Christmas by kissing a widowed lumberjack/turkey farmer/football coach under a lamppost or near a tree. His surly teenage son stops being a goth and the little daughter talks for the first time in five years. She says ‘Merry Christmas’. A snowman winks at a crow.

Unexpected talent
Old people (or homeless people) put on a play (or form a choir) in order to save a theatre (or an old folks’ home) from an evil corporation (or termites). At the dramatic climax, an elderly man throws aside a Zimmer frame and ‘raps’ Joy To The World while a street kid beatboxes.

Tart with a festive heart
She’s a hooker! He’s an uptight lawyer! He, for some reason, has to bring her home for the holidays! Cagney or Lacey is the horrified mother! A blonde woman wears cashmere! This is an actual movie that’s been trailing for days, it looks AMAZING.

Olde timey Christmas
Ladies in frilly dresses sit around in houses waiting for men to come home from war. The townsfolk band together to overcome a snow-related catastrophe then sneer at a family of grubby outcasts who – SURPRISE! – are actually royalty or something. The men come home missing limbs but remain mentally unscathed. The final scene morphs into a picture postcard with ‘Season’s Greetings’ plastered over the top in a swirly font.

I’ll be home for Christmas
No you wont.